The Foreign Corrupt Practices Act in the Thailand Context

Americans doing business in Thailand must remember that they are not only subjected to Thai law but that in certain situations, U.S. laws still apply as well. For example, U.S. employment laws, environmental laws, antitrust laws, and tax laws all potentially apply to American companies doing business abroad. However, one of the most important laws to consider is the Foreign Corrupt Practices Act of 1977 (FCPA) (15 U.S.C. § 78dd-1, et seq). 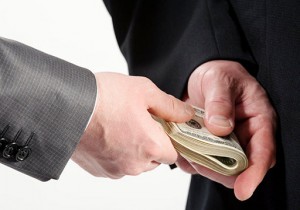 The FCPA is a U.S. federal law that penalizes bribery by American businesspeople operating outside the United States. The FCPA contains two sections: one related to accounting and the other related to anti-bribery. The accounting provisions require companies registered with the Securities and Exchange Commission (SEC) to regularly maintain accurate books, records, and accounting and to report such information to the SEC. The anti-bribery provisions, with which we are primarily concerned, generally prohibit any company registered with the SEC or any U.S. national, resident, or company from giving or promising anything of value to a foreign government official for the purpose of doing business or gaining an improper advantage. The accounting provisions are non-criminal and are enforced by the SEC through civil proceedings. The anti-bribery provisions, on the other hand, are enforced by the Department of Justice and carry criminal penalties for their violation.

Although many of us would never think of brazenly offering a bribe, the fact is that in Thailand, the distinction between “offering a gift” and offering a bribe is rather ambiguous. Furthermore, it goes without saying that corruption is somewhat common in Thailand. Hosting a dinner for a Thai government minister, for example, may very well fall within the prohibition of the FCPA. Therefore, Americans doing business in Thailand should have a firm grasp of how the scope of the anti-bribery prohibition could be applied in this country.

Would the payment of a fee to the Department of Business Development of the Ministry of Commerce, in order to apply for the issuance of a foreign business license under Thai law, be an offense under the FCPA? It clearly would not. The FCPA makes an exception for payments made to foreign government officials in order to secure or facilitate the performance of a routine governmental action (15 U.S.C. §§ 78dd-1(b), 78dd-2(b), 78dd-3(b)). Specifically, it states that “routine governmental action” includes, among other actions, the “obtaining [of] permits, licenses, or other official documents to qualify a person to do business in a foreign country.”

However, the FCPA does state that “routine governmental action” does not include “any decision by a foreign official whether, or on what terms, to award new business to or to continue business with a particular party, or any action taken by a foreign official involved in the decision-making process to encourage a decision to award new business to or continue business with a particular party.” An interesting issue here is whether certain practices, such as engaging in direct negotiations with a government procurement officer before or during the bidding process or colluding with other suppliers to fix prices, would be considered offenses under the FCPA. The Regulations of the Office of the Prime Minister on Procurement of B.E. 2535 (1992), as amended up to No. 7 B.E. 2552 (A.D. 2009) require transparency in the bidding process for public contracts in Thailand; further, government procurement officers are required to only take into account the qualifications and abilities of the bidders.

Under Thai procurement regulations, colluding with other suppliers is clearly prohibited (Regulations of the Office of the Prime Minister on Procurement of B.E. 2535, Chapter 2, Part 1, Clause 15), although facially, it would not constitute a violation of the basic prohibition of the FCPA since it would be an instance of private-private corruption, rather than public-private corruption. The FCPA is concerned with the latter and not the former.

An affirmative defense to a charge of violating anti-bribery provisions of the FCPA would be that the alleged act was lawful under the written laws and regulations of the foreign official’s country (15 U.S.C. §§ 78dd-1(c)(1), 78dd-2(c)(1),78dd-3(c)(1)). An interesting issue is that the aforementioned Thai procurement regulations do not expressly prohibit the offering of bribes or generally, the offering of benefits to government procurement officers. Furthermore, the regulations also provide that the principles of transparency and open competition, as required by Clause 15 of the regulations, do not necessarily have to be applied in every situation.

The FCPA also provides that payments may be made to a foreign government official in order to demonstrate, explain, or promote a product or service. There is also an exception provided for payments related to the performance of a public contract.