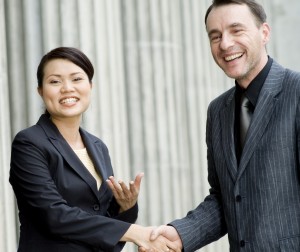 Q: How can a foreigner invest in Thailand?

A: Foreigners will normally invest in following business entities:

Q: What is the corporate tax structure for a company in Thailand?

A: A Thai company limited is subjected to Thailand Tax on its worldwide net profit at the end of each year. The tax rate will range between 15-30% depending on the types of taxpayers. However, if the company is promoted by BOI, the company might be exempted or reduced from the corporate income tax with a maximum of 8 years exemption.

A: Not really, as long as they got promoted from the same business activities within the same investment zone, all of them will get the same tax incentives. However, the foreign applicant might further get permission to own land which Thai applicants have generally possessed that right.

Q:  Can foreigners hold the majority share of a company operating in hotel industry?

A: In general, Hotel is a business activity in Annex 3 of the Foreign Business Act 1999 (FBA). It restricts foreigners to hold the majority of the share. In the case that the company is promoted by BOI, the BOI may allow the foreigner to hold over 50 percent of the share, regardless of the FBA regulations.

Q: Can a representative office gain the privileges from the BOI?

A: No, because the representative office does not fall in the BOI promoted activities. On the other hand, if foreigners wish to establish a Regional Operating Headquarters, foreign investors are eligible to apply for the BOI section 7: Service and Public Utilities under sub-categories 7.13.

Q: What are the regulations for the foreign ownership of land under BOI?

Q: Are there any other options to a form of foreign majority company?

Q: Do the foreigners need a foreign business license in all business activities?

Nattaporn Pareeratanasomporn is a Legal Advisor for Siam Legal specializing in Corporate Law. She is a graduate of Washington College of Law in Washington, D.C., and Thammasat University in Bangkok. She earned a Bachelor of Law in 2004, and a Master of Law in International Business Law in 2007. Her fluent languages include Thai and English.