ASEAN Economic Community: An Update on the Current Challenges Facing the Economic Integration 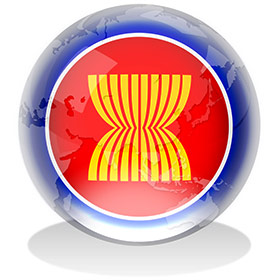 The ASEAN Economic Community (AEC) has been the buzzword in the political and business arena for some time. With 2015 fast approaching, governments in all the ASEAN countries are rapidly assessing their progress in line with the AEC 2015 blueprint. Thailand is, by no means, any different. Regarded in the region as the center, in terms of geography and economic development, it is coming to terms with the extensive changes that are needed in order to meet with the challenges and benefits of being a single integrated economy.

In 2007, on the 12th ASEAN Summit in Cebu, Philippines, a blueprint for the establishment of the AEC by 2015 was implemented. In line with this, each country in the region had certain obligations to meet based on its level of economic development. In particular, the AEC has the following key pillars, which it aims to achieve. This includes the establishment of a single market and production base. This means that it will need to have a free flow of the following:

A free and unrestricted flow that essentially sets up a free trading area is an integral part of the AEC. In terms of goods and commodities, the removal of tariffs, as well as non-tariff barriers, are largely considered as the major purpose of creating such a community in the first place so it makes sense that such considerations are dealt with as a matter or priority. Other issues to be considered are the implementation of the single window for custom entries in the region not just for other countries but within the ASEAN countries as well. The progress in this area appears to be going well with all the ASEAN countries and is so far in line with the timetable set out in the agenda.

Legal Challenges on Liberalization of other Economic Sectors

To be expected, the free flow of services, investment, and capital is one that would be challenging to many of the ASEAN members except perhaps Singapore, which has long since liberalized foreign investment. However, for the majority of the ASEAN countries including Thailand, significant amendments are required in order to open up the market to its ASEAN counterparts.

In Thailand, the most prominent body of law, which governs this, is the Foreign Business Act B.E 2542. Over the years, this legislation has experienced its fair share of controversy and is certainly no stranger to exposure. The FBA restricts foreign participation in a wide range of business sectors in Thailand to 49%. The Ministry of Commerce, however, does have the power to grant a Foreign Business License (FBL) to certain foreign businesses within the listed categories provided certain conditions are met.

The AEC blueprint, however, aims to have equity participation of up to 70% to its ASEAN counterparts as part of the integration process. Currently, up to four sectors have been prioritized to receive such treatment and this includes air transport, e-ASEAN (otherwise known as the IT-related industries), healthcare and tourism by 2010 and logistics by 2013. According to Ronnarong Poonpipat, the Director of the Trade Negotiations Department, speaking last year at the AEC 2015 seminar at the Software Park, this 70% equity participation is already being implemented.

Possible Solutions to the Key Challenges

The question from a legal point of view is the standing of the FBA when it applies to ASEAN participation. With the changing equity participation of ASEAN countries, it is probably likely that the Ministry of Commerce would just, in practice, rely on the exceptions and discretionary power it has to provide licenses to businesses that are from the ASEAN region. It may be, in fact, more practical to make amendments to the legislations of each sector in order to allow greater equity participation rather than to amend the FBA as a whole due to the preferential treatment it needs to provide to certain participants. This appears to be the current trend with the draft bill covering the logistics sector currently underway in line with its liberalization in 2013. There is probably no easy way to overcome this and many of the other ASEAN countries are also experiencing similar challenges.

Not everyone appears to be looking forward to the AEC 2015. There is at least one sector in Thailand that appears to be resistant to the liberalization of their industry. The Association of Thai Travel Agents (ATTA) recently expressed concern over their ability to compete with their ASEAN counterparts due to the level of English in general in comparison to other member countries. Tour guides, in particular, are concerned as it is one of the most restricted occupations under the Tourism and Guide Business Act B.E. 2542 and have enjoyed this protection for some years.

It appears there is still a lot of work to do in preparation for the AEC 2015. Both the government and private sectors are working together in implementing this integration. However, as such integration on this scale is unprecedented, there are naturally a number of challenges, which must be faced in order to make this single economic community possible.  Many legal challenges lie ahead and it will take a certain degree of political will in each member country to forge ahead and make such changes possible. For some, it would be a complete makeover of the legal structure and process while for others it will only require minor amendments. Thailand is probably somewhere around the middle of this scale.

Kert Stavorn graduated from the University of New South Wales and the University of Technology in Sydney, Australia, having read both law and communications. A licensed legal practitioner of the Supreme Court of New South Wales, Kert has published a wide range of legal journals and articles for various publications in Thailand and abroad, discussing key legal issues such as arbitration, property law, international law and commercial law.