by Siam Legal International | US Fiancee Visa, US Immigration | 0 Comments 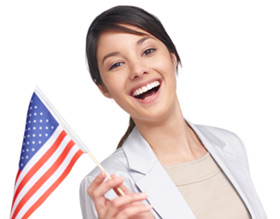 If you and your fiance are applying for a US K1 visa so that you can get married in the U.S., you will need to meet the financial requirement to show that you will not need government benefits to live in the U.S. To meet the financial requirement the U.S. citizen petitioner can usually show some combination of income or assets that is at least equal to 125% of the poverty level for the sponsor’s household.

However, in some cases the petitioner cannot meet this financial requirement. In these cases, one option is to find a co-sponsor, or joint sponsor, for the K1 visa applicant. While the petitioner will still be considered a sponsor and need to file Form I-864, Affidavit of Support, the financial requirement will be met by the co-sponsor’s income and assets. Both the co-sponsor and the petitioner sponsor will be liable for the K1 visa holder’s support until he or she becomes a U.S. citizen or is credited with at least 40 units, or approximately 19 years, of work in the U.S.

As long as the co-sponsor has sufficient income and/or assets and is willing to sign Form I-864, Affidavit of Support, there are very few additional requirements. The co-sponsor need not be a family member. The co-sponsor must be:

Category: US Fiancee Visa, US Immigration