You are here: Home » US Fiancee Visa » Can an American Expat File a Visa Petition While Outside the US?

Can an American Expat File a Visa Petition While Outside the US?

by Siam Legal International | US Fiancee Visa, US Immigration | 0 Comments 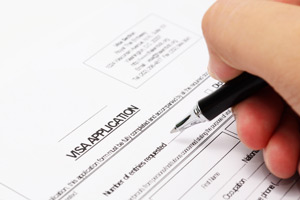 There is quite a significant number of Americans who stay in Thailand for many different reasons involving personal circumstances, studies, employment, family considerations and what not. It is rather not unusual that one finds the love of their life during their stay inside the country, and in many cases, majority of the American expats would decide eventually to go back to the US and take their Thai partners to live with them. While that may be the case, it is important that they understand the governing factors to moving back to the US especially for someone who has been a domiciled in another country for a certain period of time.

Can they file the petition for a visa outside the US? Or does it matter if the petitioner is not physically present in the US at the time of the submission of their petition? This article aims to give some light on those questions that usually concern many.

Temporarily Abroad but Domiciled in the US

Working abroad should not be a problem to US citizens as long as they do not abandon their duties to their home country, like maintaining not having any criminal records and paying their US tax obligations. Any US citizen is eligible to sponsor an immigrant beneficiary provided that the eligibility of a certain category are met. However, if a US citizen who currently resides or works abroad decides to take the first step in obtaining a K1 visa for his Thai fiancée, or a Spousal visa for the spouse, he must file the petition to the USCIS in the United States.

Another point to be considered is whether there could be an issue to petition the Thai fiancée or spouse based on the virtue of domicile. Indeed, there is. Note that the US citizen petitioner has to establish a domicile in the US before he can be allowed to sponsor.

So now the question is how can one meet the domicile requirement if he is residing abroad and not being physically in the US?

Proving the US Citizen Is “Domiciled” in the US

Some of the fundamentals to prove being domiciled (in the US) require the petitioner to have a principal residence in the US, be able to maintain that residency and must demonstrate plan of moving back to the US. Additionally, evidence of continued ties in the US must be presented. This is to support their claim that their stay abroad is just temporary, and that in due course, they would voluntarily give up their foreign residency at a certain period. During the US Visa application process, they must re-establish their address in the US. The petitioner must prove their intention to permanently reside in the US before the USCIS can approve their petition.

Given that, the following evidences can be presented depending on the petitioner’s circumstances such as:

And finally, it is always best that the US citizen establishes a domicile in the US before the intended date of filing the petition. In an event where the sponsor is still in Thailand when the visa petition is filed, he needs to go back to the US as soon as possible while still in the initial process of the application or before the beneficiary gets interviewed at the US Embassy. Otherwise, the beneficiary will have to travel to the US together with the sponsor or at some later date after the sponsor’s entry into the US.

Category: US Fiancee Visa, US Immigration