You are here: Home » US Immigration » Ever thought of becoming a US citizen?

Ever thought of becoming a US citizen?

by Siam Legal International | US Immigration 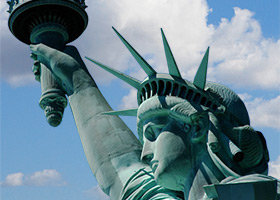 Have you ever thought of becoming a US citizen? If yes, then you should know the benefits US citizenship brings. These benefits include:

BY BIRTH – This is the simplest method of acquiring US citizenship. If you were born inside the United States you may already be a US citizen!

NATURALIZATION – This process requires you to:

You must use the N-400 form to apply for naturalization.

ACQUIRED CITIZENSHIP – If you were born outside the United States to at least one US citizen parent, you may already be a US citizen.

If you possess all the qualifications under any of the foregoing methods of acquiring US citizenship, then you are now ready to file an application for US citizenship.

See getting a US K1 visa in Thailand.